I just want so start with some sentences that are not relate to Succoth, so you can skip it if you don’t want to hear that anymore. Sorry for that. I hope soon I don’t have to mention that anymore.
I would possibly do so…

Corona, Covid 19 or however you name it, is basically gone. (I will write that stuff now in smaller letters)
You can believe it or not. I don’t know personally anyone who died the last 3 months from that so-called virus. Nor do I know anyone who has or had any symptoms or in hospital because of that.
But yes, we still have to wear the muzzle; and most people don’t have enough money to pay every time a high penalty when we go to places where it is mandatory.
What is going on now is all against any scientific evidence and accurate statistics.
Anyone can blow up the numbers of cases – if you test like crazy or if you manipulate them as desired.
It’s now a Casedemic and not a Plandemic anymore.
If anyone would build a house in such a way will surely see the building collapse at the slightest wind.
And I pray that this wicked building will fall apart with the ones inside who did the construction that is built on sand.

However, Israel got hit very hard now with the second lockdown.
And people would have loved to meet in their Succahs but are not permitted by the wicked Gouvernment.

Succoth is at the door (as already mentioned and I wish anyone who celebrate it a great time with joy in Adonai regardless of any circumstances.
I passed by at a place some months ago where I thought, this is the perfect Succah.
Out in nowhere.
The one who built it surely have not considered it as a Succah rather to have a shelter with some shade in the hot summer.
But when I saw it, I thought to take a picture.
Stupid, I only had the long tele-lens with me, considering to capture animals.
That’s why this is not the perfect picture, but I think you can see the basics. 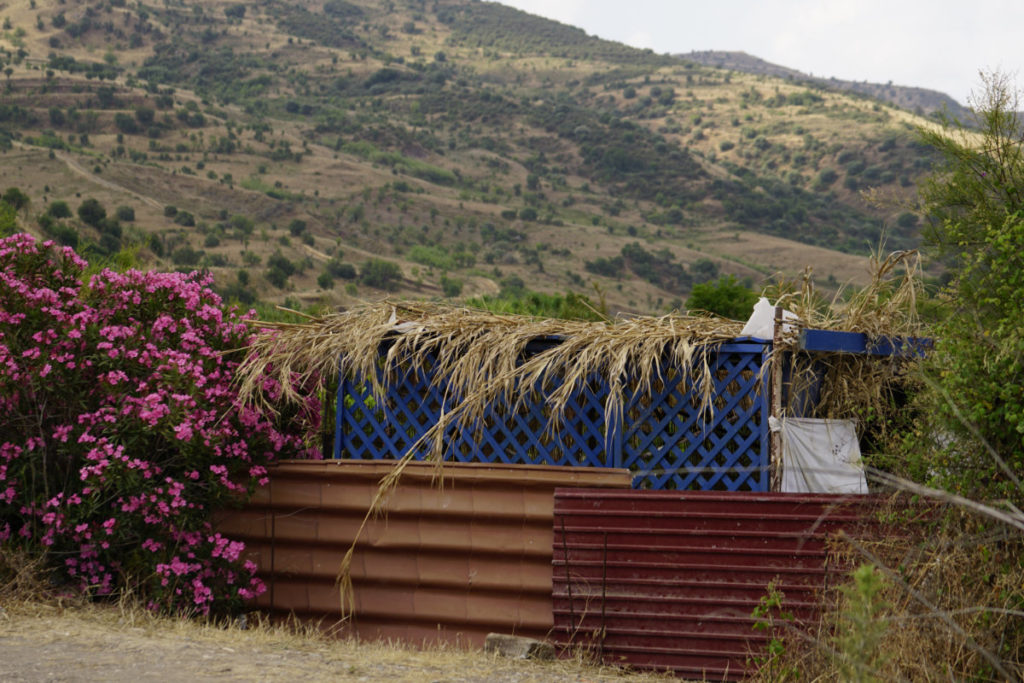