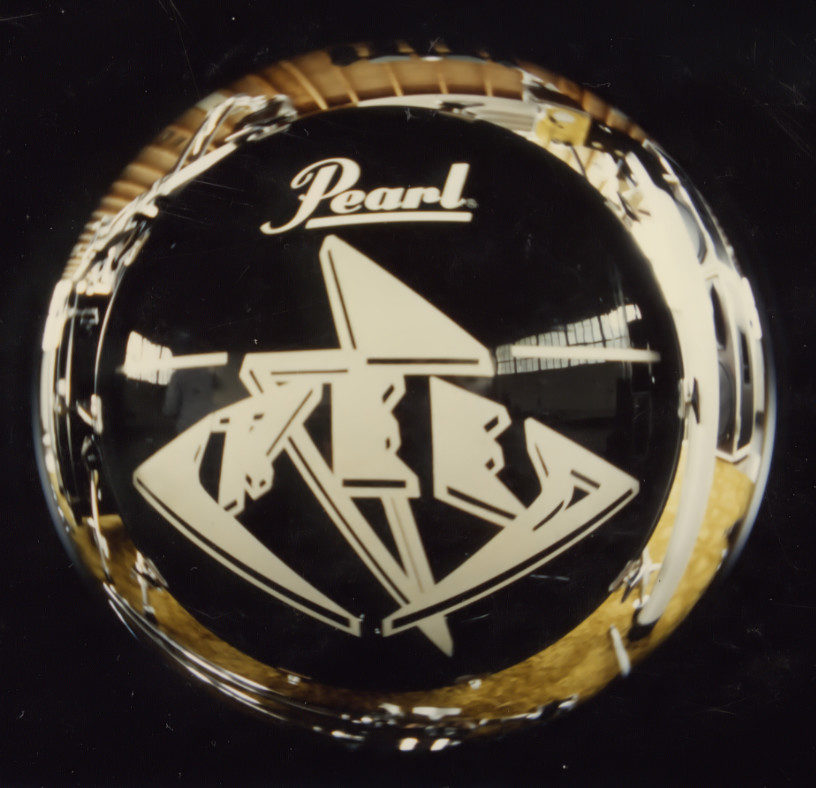 The music quality we were performing is surely close to professional.
Years later there was also another group with the name Creed that was very famous, but this is not the same band.
I don’t know how huch longer the band continued to exist.

Yes, they found another drummer fairly soon after I left.
I heard, half a year later also the guitar player and the singer went away.
So, not much left from the original, only the bass guitar player, one of the founding members remained.
And so, very much the music changed with other musicians joining.

I had a concert with another (just-for fun) band where Creed was the headliner in 1994.
But that was the last time I heard anything from them.

The music that are available here, of course in very low quality, are from different recordings.

​
– from the re-recording of an EP 1986
– some unreleased songs, played basically live in the studio
– songs from the rehearsal – just taken with a microphone in the rehearsal room in my home
– a demo recording to find a contract with a record label
* I did not include the first official produced CD that was released because before that I signed off – if there is a second one available I don’t know…
– finallly some songs live from my last concert 1989 in Karlsdorf-Neuthard taken from a private video in very bad sound

Below now the different recordings – each one separately explained

By the way: If you don’t see the audio buttons on your phone, you may need to flip it horizontally

The audio files below are from the recording of an EP.
The first recording took place in 1984.
On that recording the guitar player were singing. But not long after we finished this recordings a dedicated singer joined the band.SO we re-recorded the album, as far as I remember maybe only the vocals.

This is the Album: no specific name was given to the EP – just named it “first”.
The first on is the front cover – second is the old version with 4 peope and the last with the singer making 5 people in the band. 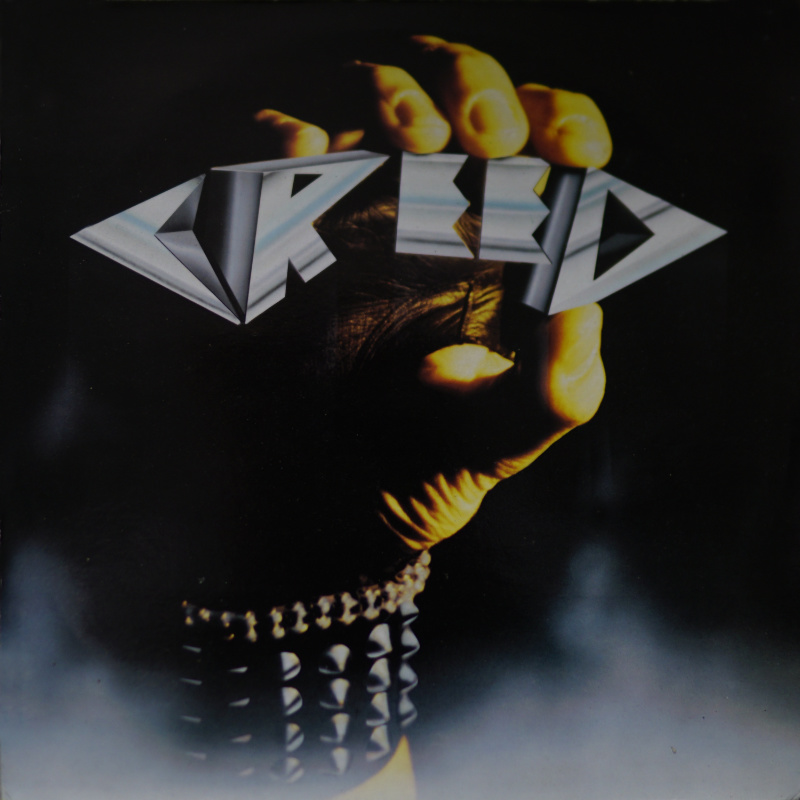 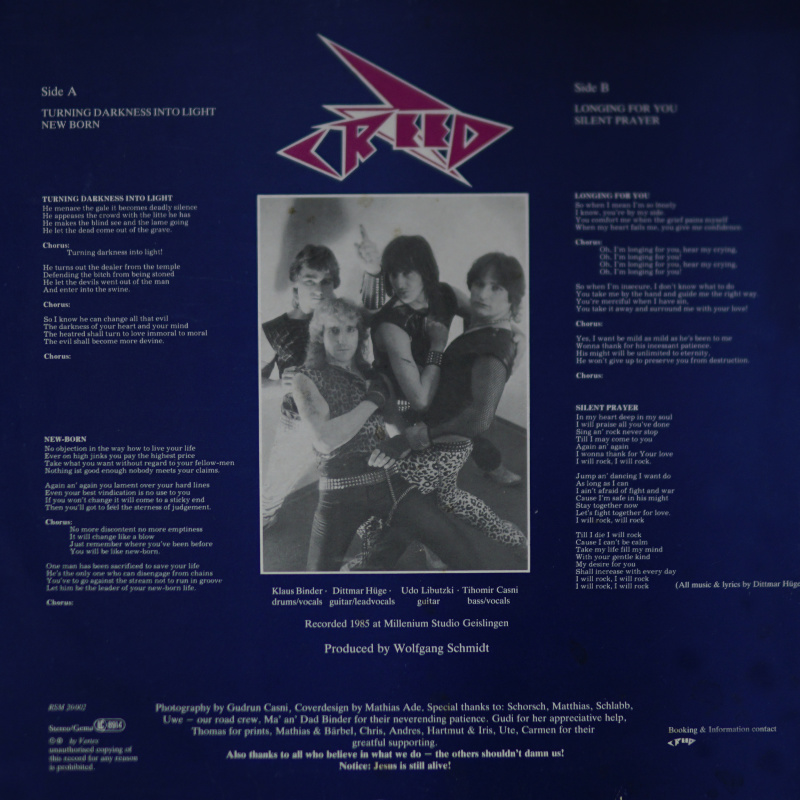 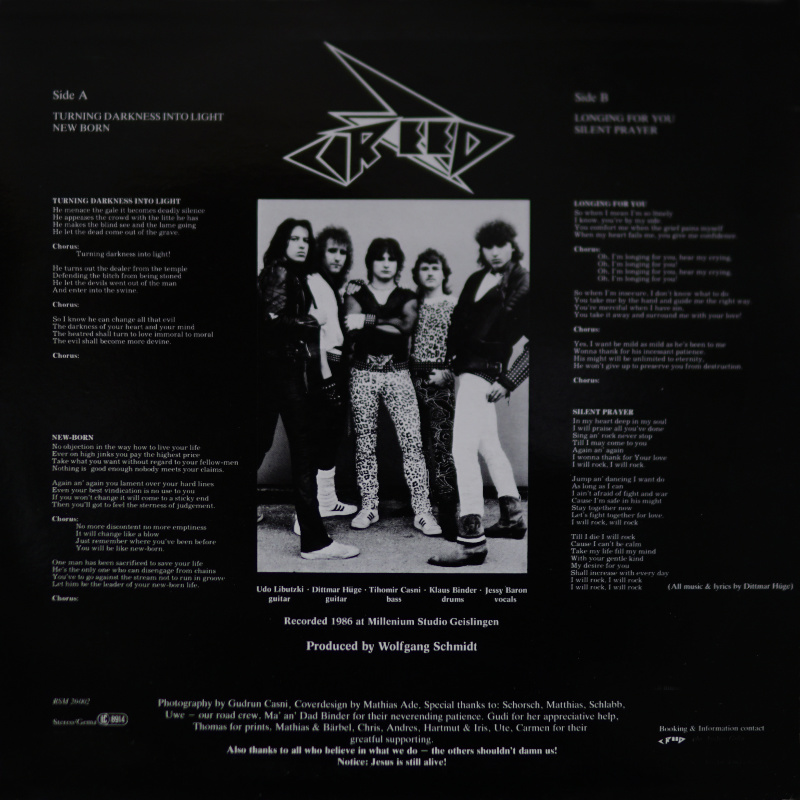 Some images of the recording studio.
It was kinda wrecked yet the console gave it a wonderful warm sound could not remember the brand. 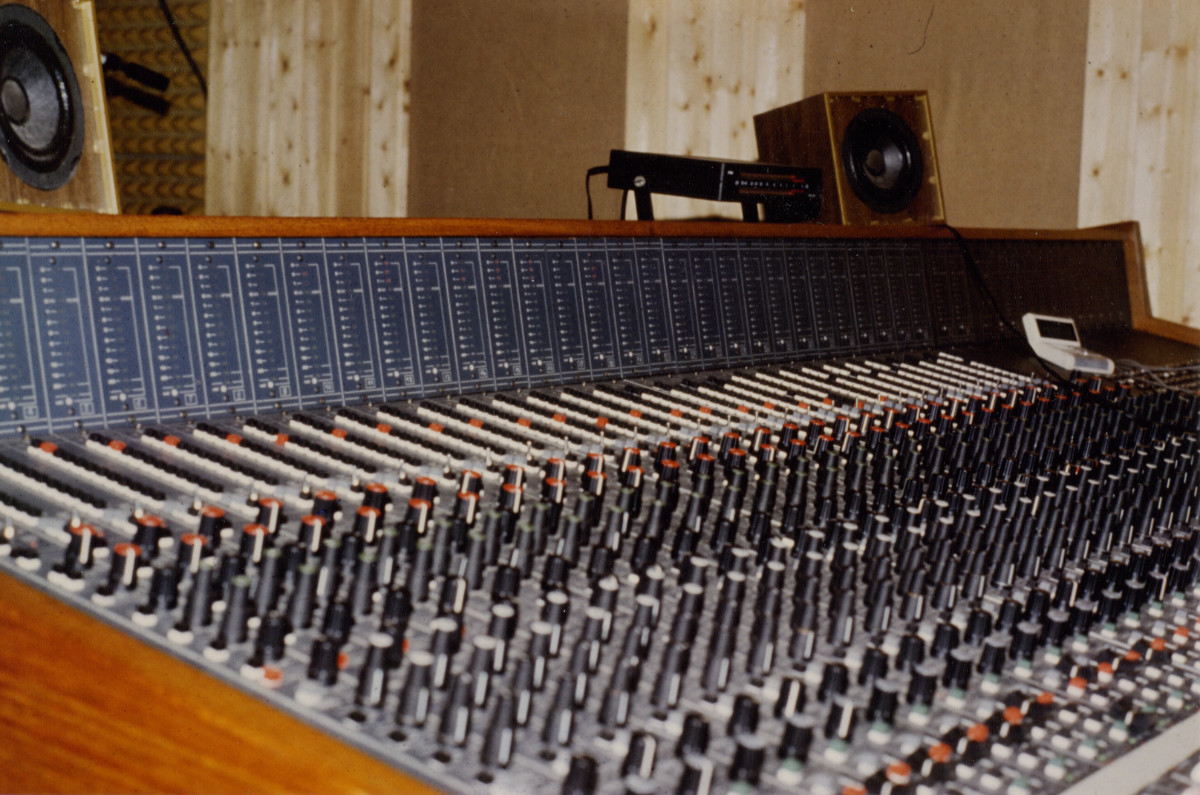 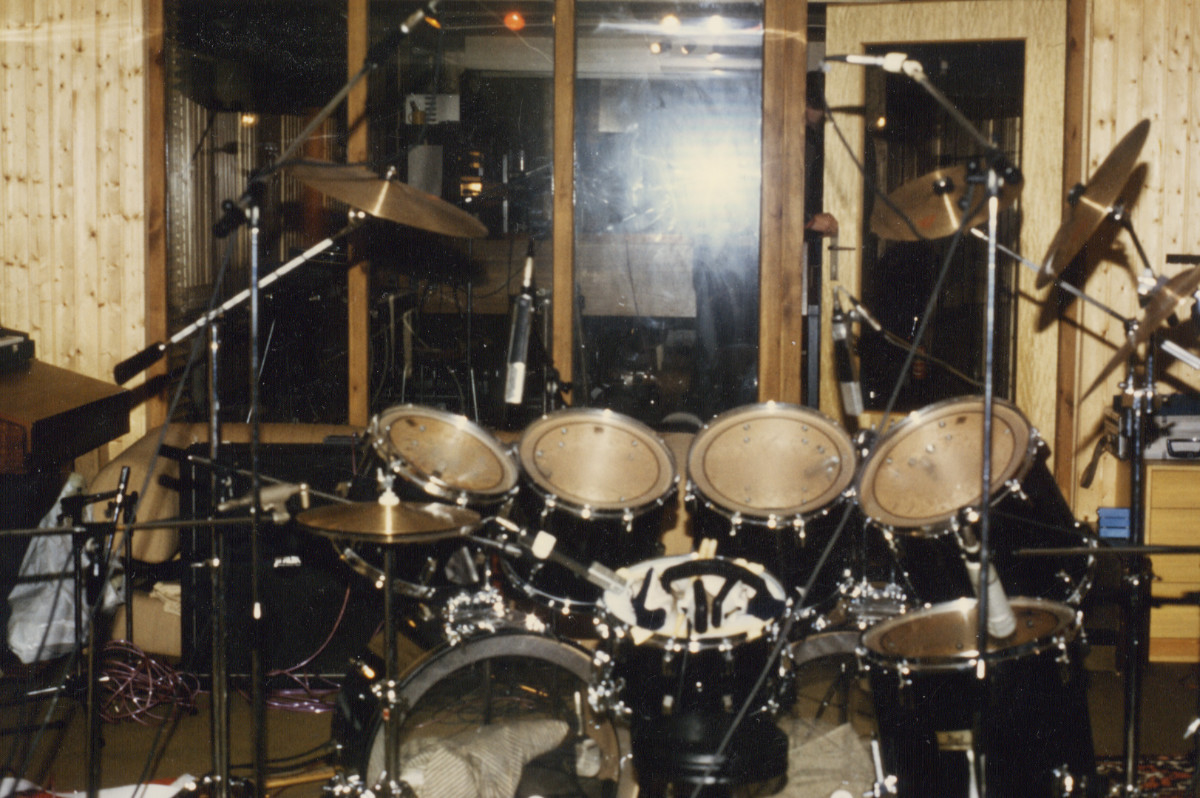 The first section of the Audiofiles is the EP “real Vinyl” we recorded with 4 songs – yet a limited amount of prints. They are surely not available anymore.

The following 5 Songs have been recorded in the same studio, yet they were never released in that form as an album.

Surely we played them live. I could not remember details anymore what happened to these songs. Maybe upgraded and ended up into other songs and recordings or went into the bin

Just want to insert here some songs during time of rehearsal.

These audio files are fairly bad quality because it is just recorded by one or two microphones into a tape deck. Playing just as we were playing live.

The microphones we just placed somewhere in the room and the purpose of these recordings were only to examine the music/ songs. May by them we could improve the songs. But they are not too bad anyway…

I think it must have happened in 1989, my last year and months where we went into another Studio for a production of a demo-tape to seek for a contract with a record label.

My motivation at the point when we got the contract was already so low that I played (intentionally) so bad that they decided to kick me out of the band right away. I was glad with that decision. Below now the two demo tracks.The CD I have not included on my website because though I was joining with the development of all the songs, I did not play on the CD production in any form.

Of recordings I only have the files of the last concert where I joined 1989 that was taken place in Karlsdorf Neuthard (Germany). The audio is out of a video recording of a consumer VHS recorder.

But before that, let me start with the unique truck we had as a band. VW LT with a big box body. 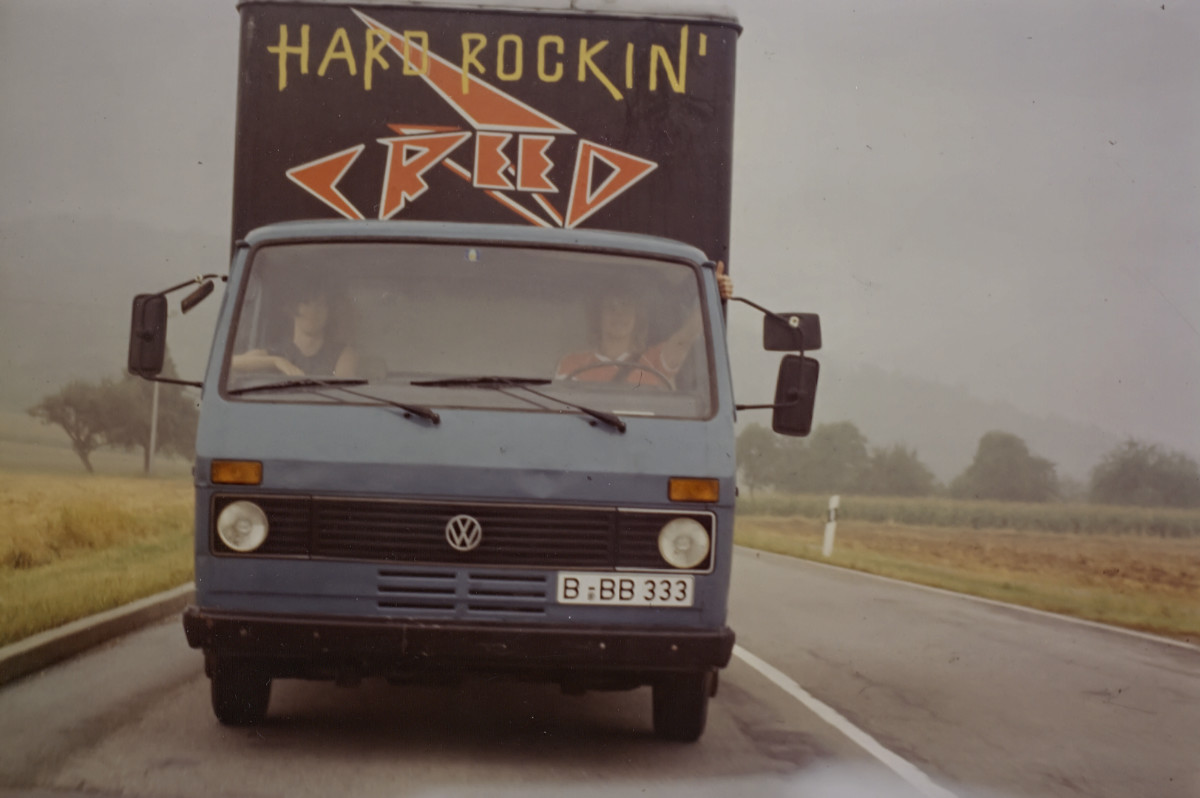 And also want to share two news articles from the first two concerts – I don’t have any other.

I just add this one image from the first concert, me on the drums – at that time still the old Sonor. – on the right Live at Kirchentag
– Could not remember which year, but looked to me it must have been shortly after I bought the new drumset in 1986 because there were no Creed-logos yet on the bassdrums 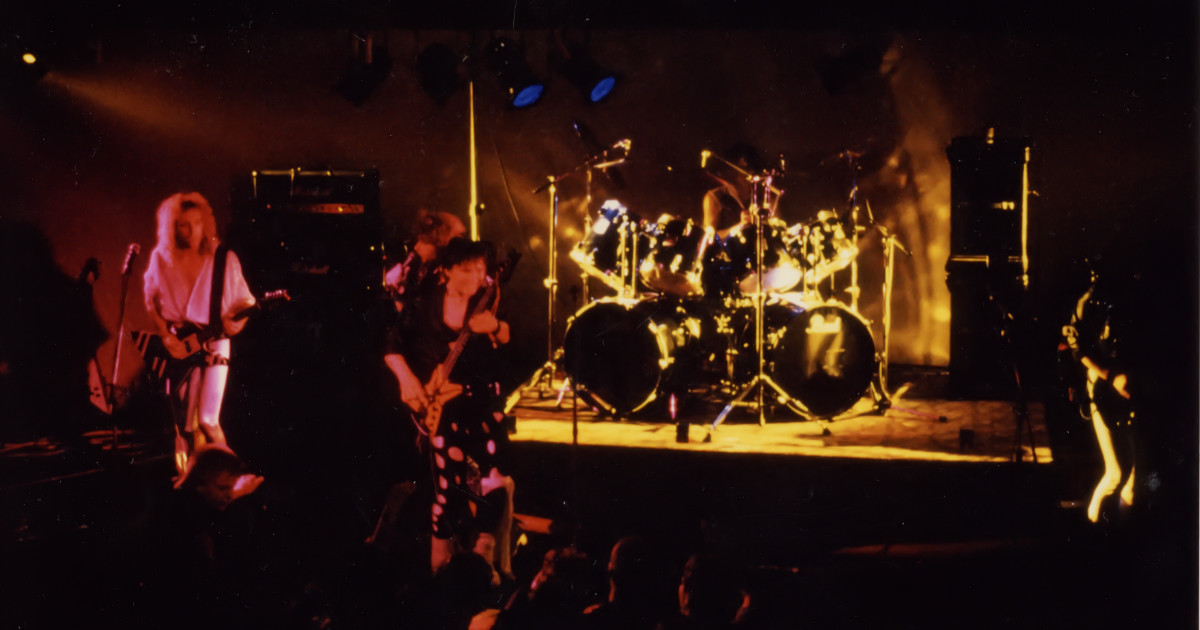 I am not sure when we had this concert in Herrenberg – nice, as it was just a close distance for me to drive. Here there are already the logos onthe bassdrums.

Another concert, seen me on the drums in red light – taken place in Heilbronn, or somewhere around there. Very nice view… 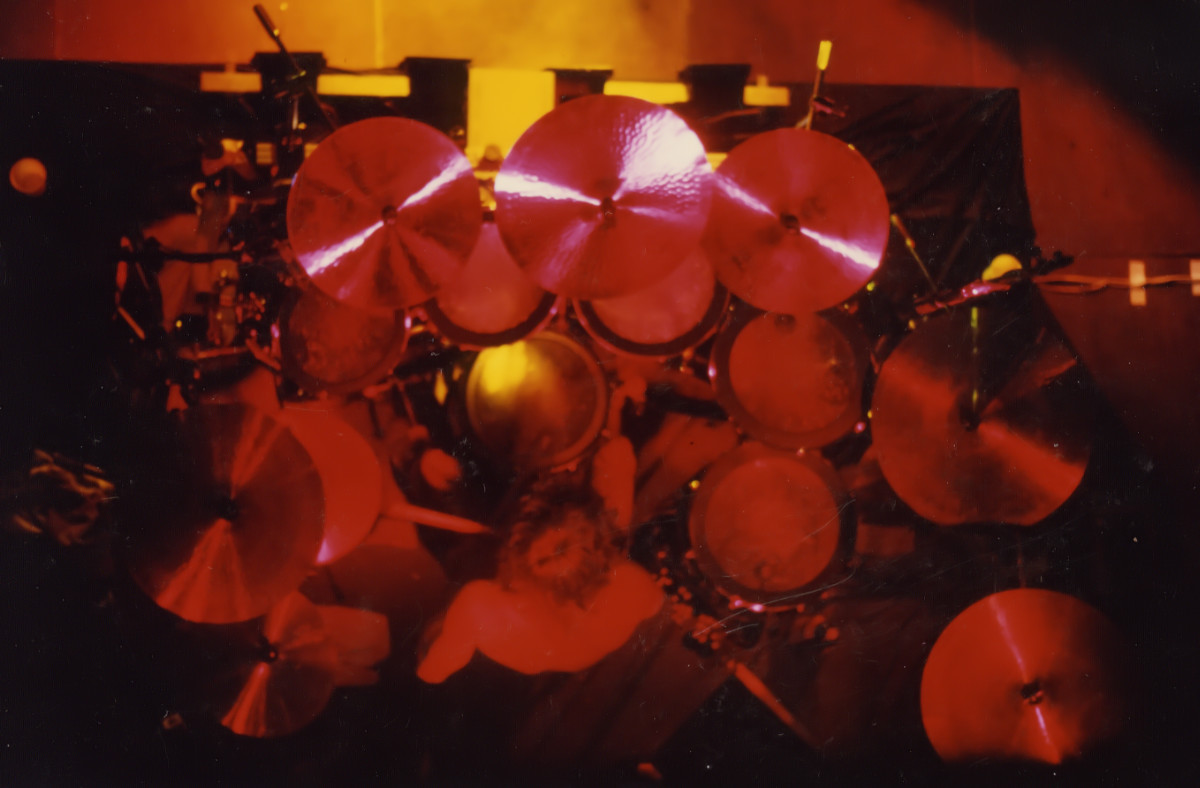 FINALLY: my last concert with that band in Karlsdorf Neuthard where the His-Story Creed came to an end. 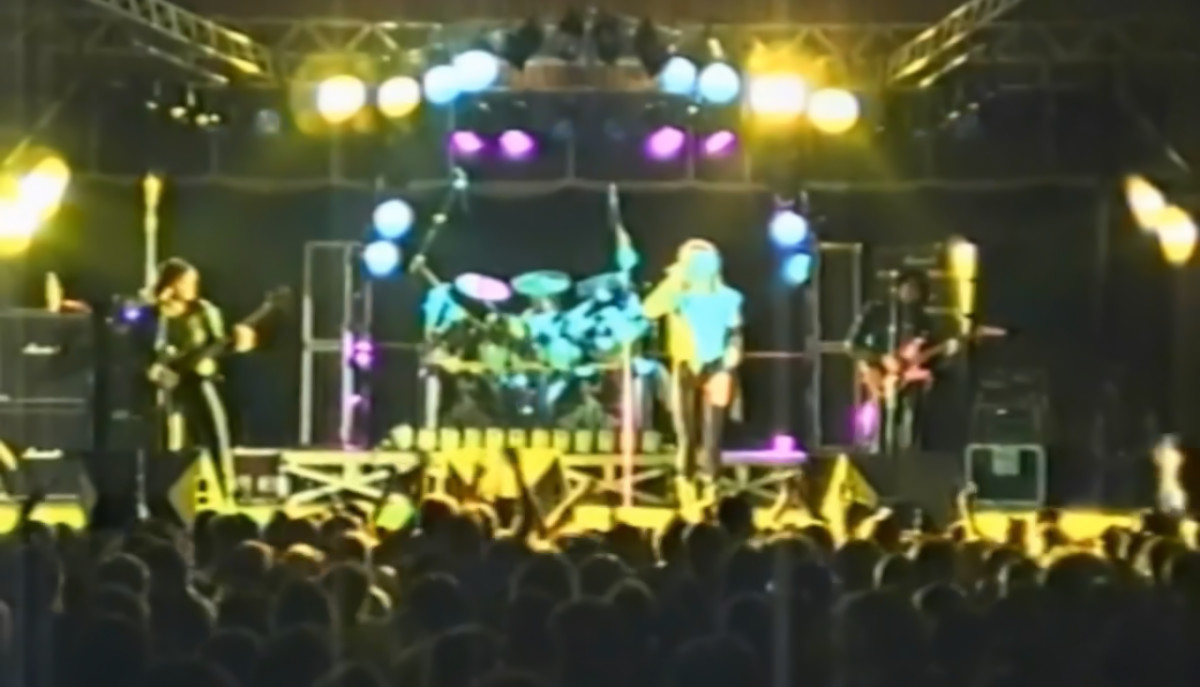 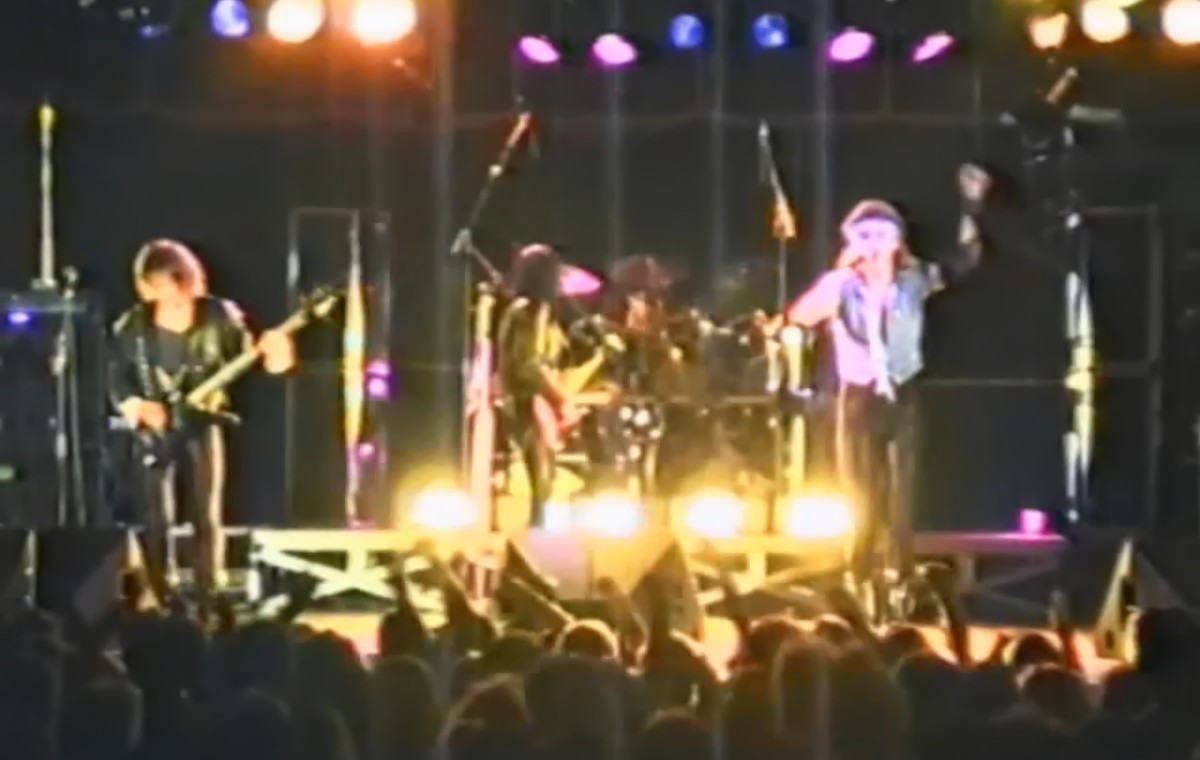 The Music of Creed is not available on Pond 5.
I don’t know where you might get the CD’s they produced. Personally I have only a few tapes and EP’s, which most of them never got published in any form (now digitalized) as a personal memory.