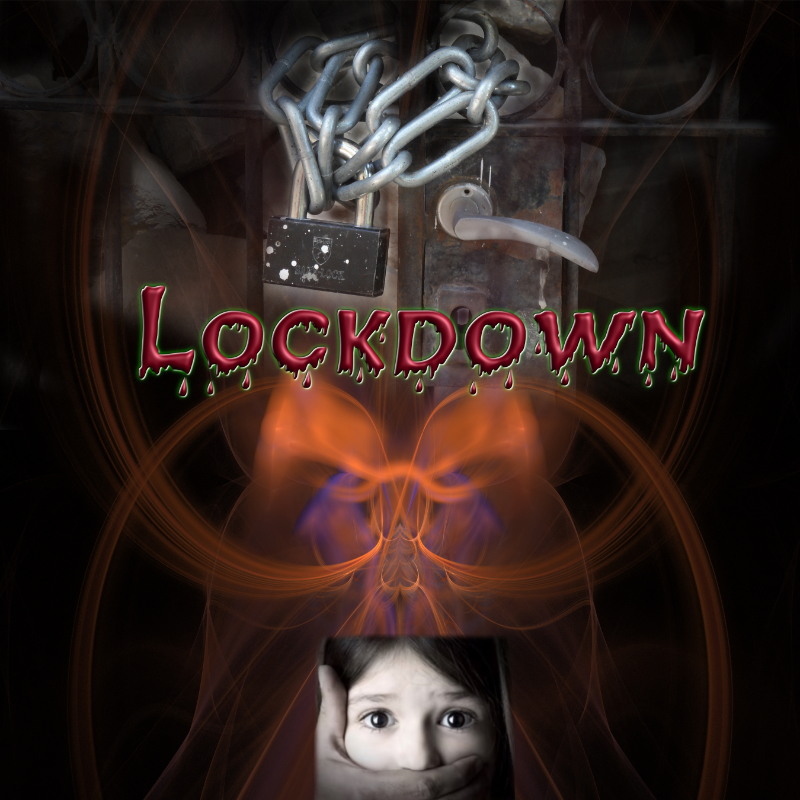 The Cover looks a bit spookey but it does not even touch the surface of the diabolical dimension of lockdown in the spiritual realm.
Might sound a bit like conspiracy but iot’s not and meanwhile after a year I guess all people experienced to some degree a lockdown.

Who would understand before 2020 what Lockdown even could be?
Surely, WHO, Gates, and basically a lot of the Elite knew it already, as they planned it beforehand, but none or the ordinary people.
But by now, yes, all people in the world sadly know and billions suffereing because of it.

Actually, there is a document from Rockefeller giving a scenario which indicates to me they knew it since a long time when as they designed it.
The document written in 2010 speaks about “Scenarios for the Future of Technology and International Development”.
And from page 18 you’ll find LOCK STEP… indeed very interesting and suspicious.
But what is written there, is exactly the scenario what we had since early 2020.
And currently as I am writing this we have another Lockdown where I live.

The main reason for me to use this as a title for an album, is the way I recorded most of these songs that are included.
With a main road in front of the house being so quiet I placed the basic recording stuff in the main room which is just beside the road.
Okay, every 5 minutes a vehicle from the Gestapo, in modern words “police” passed by…
But besides that, it was a ghost town.
However, all the years before it would have been impossible with all the noises of vehicles passing.

The setup for the recording was actually very simple:

It is: the piano in the middle, on the left a Behringer Eurolive B208D, used as a floor monitor.
On the right an old Marshall Guitar Cabinet, that also can be used as a monitor.
A SM58 microphone for singing.

Good to have on the Kawai Piano several outputs, Line out for the Speakers…
and XLR out’s straight into the Zoom F8 mobile recorder.
Also the SM50 directly plugged into the Zoom.

I don’t know why, but for some reason I did not had every day the same settings.
That’s why it sounds almost every day a bit different.
At the beginning I had the monitors very loud which caused a lot of crosstalk to the vocals.
And the result thereof, the vocals might be a bit quiet compared to the music.

On some I added a bit too much reverb to the vocals – but so it is.
I hope you can enjoy listening to them anyway.

I recorded actually more than the ones you will find here – I only had time to edit 4 of them.
Editing means: cutting breaks, big cracks or times when I went far off or go to eat etc. and finally the balance between piano and vocals.
Maybe one day (if I have time) I will have time to prep up some more.

Anyway, be aware that they are very looong – and most of them are only improvisations.

I guess there is not very much to say about lockdown, how evil it is.
How many people have been severely suffering since then.
WIth all the tyrannical restrictions millions of people lost everything and stepped from a relative acceptable life into poverty and desperation.
And now many people suffering or even dying from the forced vaccination in many countries.
Seem to me a repitition of the spanish flu, where almost all people dying from the vaccination and not from a virus.

As mentioned the cover looks pretty spookey, but it could not be enough to cover all wickedness. Beside the big players, we could only roughly guess the increase of domestic abuse during and since then. Not to menton the increase of the suicides and the ones who have been suicided (mostly doctors and scientists because they spoke out the truth). The truth is much darker than a picture can ever display. All behind officially locked restrictions – of the lie of a so-called safety.

There is only ONE truth and this is Yeshua and HIs words.

Some other songs that are not improvisations reflect the madness and evil of human lockdowns and all the wickedness that are going on behind closed (locked) doors.
And even without knowing of a lockdown coming, one song I am working on since years. Music yet not done.

Most the things might never become really reveiled. But knowing the diabolical thoughts of the devil is enough to get a glimpse of how wicked those people are acting who are in bed with HaSatan. One day they all will stand before Yeshua and be judged righteously of what they have done.

However, you might get a glimpse of the playing during the silly Totalitarian-Communist-Nazi-Regime-Lockdown.

And as I write this, we have now a second (nonsense) lockdown. Did the first one accomplish something? NO, nothing, except:

…that many shops closed down (many forever) and many people lost all their hope, investment and future. Just a devastating result from this lockdown with more people dying from suicide or depression as from this bio-weapon, called a virus. Well, I guess we all know that. But leaders and gouvernments never listened to real doctors and scientists.

However, the one behind all of this is HaSatan, who wants to destroy all mankind from the beginning.
He is the liar, the deceiver and accuser of the brethren and he knows his time is shortly come to an end.
Soon he will be bound and lockdown for a 1000 years.
And afterwards after a short battle he will be locked up forever when he will be cast into the lake of fire – burning the way he deserve.

I think I have only one song currently from this album on Pond5. So I did not create a category there. But you can go to the “everything-category”. May you’ll find anything to buy and by this support my work (Many lockdown songs are anyway longer than 10 minutes and therefor not on Pond 5).