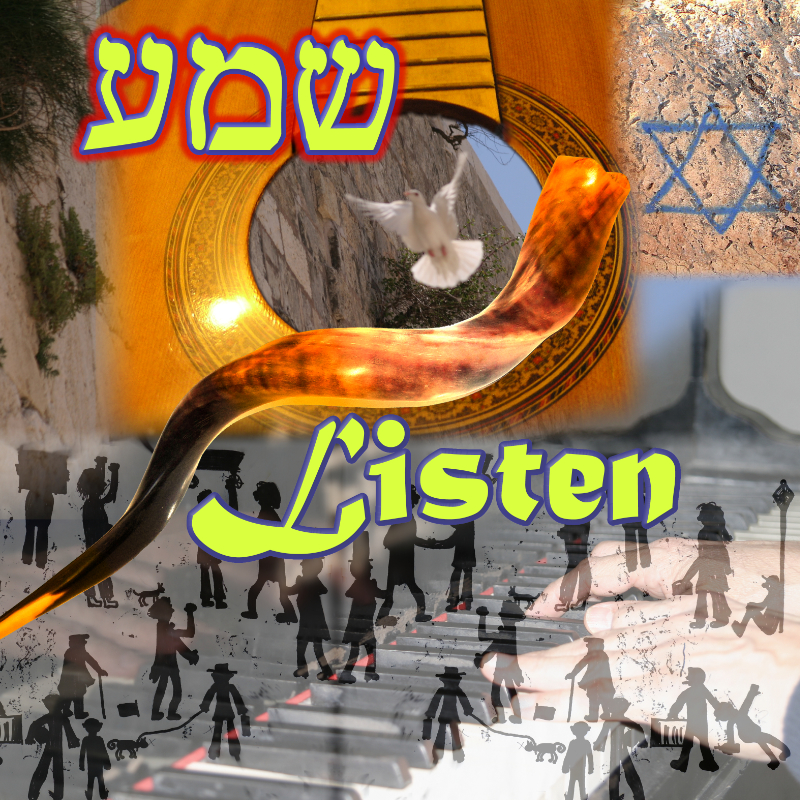 Note:
The songs of this Album are basically soundtracks/ background music for Videos that I created long ago.

They all are instrumentals.

What to say about it?
Listen Oh People of Israel YHWH is our Elohim, YHWH is One.

Yes, LISTEN to the Holy Spirit while reading the scripture (bible) or hearing the music.
And If the Spirit of Elohim speaks to you and touch you, it’s the best to respond.

Once I spoke with a brother about the subject of effects in audio recordings. Usually everything get recorded dry and at the final mix reverb, echo or whatever will be added.
He was wondering, especially for the recordings of the vocals, why they this get not recorded just at the beginning directly including the echo and reverb in a good sounding room instead of using electronic effects.

Well, there are reasons to add ie afterwards. Surely the main reason, once the reverb is in the vocals it is very difficult to almost impossible to redice it. Especially in the case, when there is too much reverb.
You can always add – but taking away is not so easy.

However, I have been in some rooms where I thought, regardless if it might be too much for certain genres…
these rooms sounded so beautiful that it would have been worthy a try.
But most beautiful I think it’s, if you have a natural room, like a cave.
Not anything build by men but a natural creation by Adonai.

I did two short recordings with the Shofar in a cave. The problem there is, there are so many tourists coming and going.
Even when they are in a distance, their noises would interfere the recording.
And in wintertime it is not possible due to the brook that it could be a bit more than just a small brook…
However, I’ve made it twice by the grace of Adonai – just had a few minutes where no human was around.

As I listened to the recordings in the studio I was more then surprised. Just beautiful.

The fact of adding and taking away has also another level.
It is in scripture where it says that we shall not remove or add anything to the spoken word of YHWH.
Sadly this happened too much…

But LISTEN: may Adonai will speak to you personally?

And if you want to buy the songs in best quality, click on the banner, that leads you to the specific category for “Listen” at Pond5.